Your Accident Witnesses Should Be Credible

Your Accident Witnesses Should Be Credible

Witnesses can be of great use as you attempt to reach a settlement in your car accident case, especially when you consider that these cases often come down to your word against the word of the other driver. In fact, one of the first questions insurance adjusters will ask when you begin talking about settlement value is whether there were any other witnesses at the scene of the accident besides the drivers. Adjusters need to be able to determine whose version of the story is more likely to be accurate.

However, you need to make sure that any witnesses you have available are actually credible sources. Many times, people who witness an accident are not able to fully soak in everything that happened so that they remember it later on, especially if they are driving in another vehicle on the road. People are more likely to be concerned about their own safety in these scenarios, rather than assessing the situation to determine who was at fault.

There are certain factors that can have an impact on whether your witness is considered credible or not.

Courts may also call the witness’s character into question. 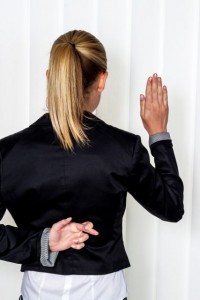 If, for example, your witness is a convicted felon or has a demonstrable reputation of dishonesty, it is unlikely that courts will hold his or her opinion on high regard. This is also true if the witness has some sort of interest in how the case will turn out.

A car accident attorney from Gaylord Popp can work with you to make sure that any witnesses you are able to track down are actually credible enough to work in your favor in settlement proceedings. Contact us today for more information about how to move forward with your case.